I recently attended an Advanced Scrum Master Certification course facilitated by Dhaval Panchal. I have been working on scrum teams for about fourteen years. Over the years I have been a development team member, scrum master, product owner and scrum coach.

I consider myself a seasoned scrum master. I went into the class a little skeptical, but with an open mind. I came away pleasantly surprised. I learnt a lot, and gained clarity on the role of the scrum master and scrum coach. Even though it was a virtual class over Zoom, the class was very engaging, with a lot of participation and group activities.

In my role as  an agile coach in the IT department of a large corporation, my responsibilities included being a scrum master for the team of agile coaches. Our team coached IT project teams on agility and scrum, facilitating training classes and workshops, mentoring individuals and promoting agility within the organization.

I intuitively moved between the servant leader stances as I worked with different teams. Now I realize, though, that I might not have been using the correct stance, especially under challenging circumstances. When I was out of my depth, I reverted to my most comfortable stances of teaching or mentoring, even when not appropriate.

I coached a team that had been together for a long time, but was new to scrum. The team members had taken scrum training and had been through several sprints when I engaged with them. The scrum master for the team was still learning his role, but overall he and the team were doing pretty well. Under the circumstances I should have adopted more of a facilitation or coaching stance with the team. But I would often revert to teaching or mentoring since I was more comfortable in these stances, and I didn’t have knowledge of techniques for coaching and facilitating.

For example, an issue was raised in a retrospective about a specific use of the Microsoft Azure DevOps tool. The scrum master took responsibility to resolve the issue. He needed coaching from me to find a solution, but I ended up providing him with a solution. I did not have all the information that he and the team had, and provided him a poor solution. Eventually the team pushed back on me and did not accept the solution. They resolved the issue more satisfactorily themselves.

The Advanced CSM class was very informative, engaging, fun and I came away with new knowledge. I am looking forward to using these practical tools and techniques with my next scrum team. 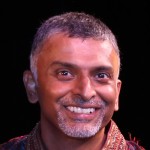 Time flies when you are learning

The Worst Estimate I Ever Gave

This site uses Akismet to reduce spam. Learn how your comment data is processed.